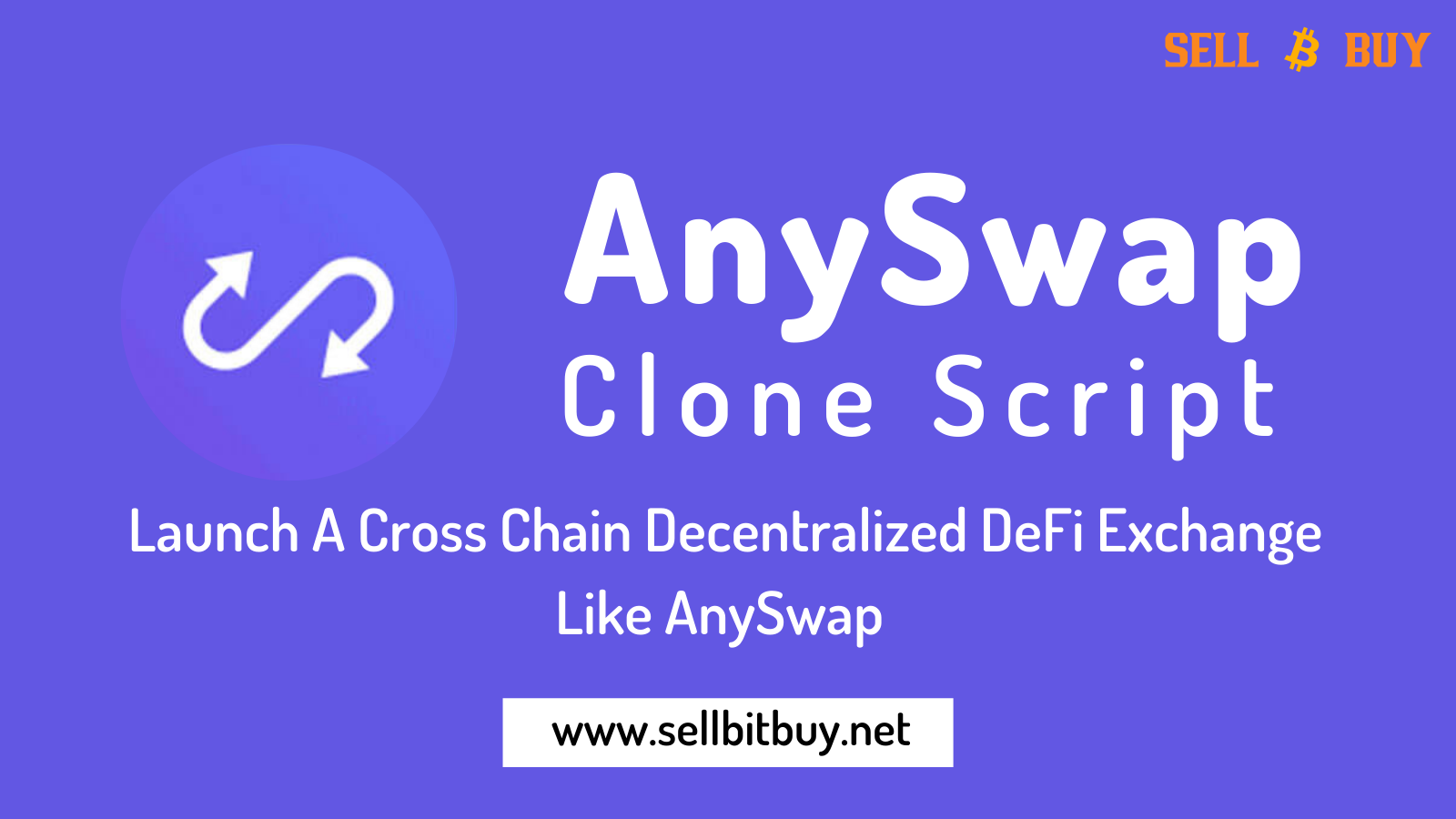 AnySwap Clone Script is a 100% replica of AnySwap built in Fusion Blockchain to build a cross chain swap protocol  based on Fusion DCRM technology, with automated pricing and liquidity system. Our AnySwap Clone Script enables swaps between any coins on any blockchain which uses ECDSA or EDDSA as a signature algorithm, including BTC, ETH, USDT, XRP, LTC, FSN, etc.

The entire trading elements and swapping mechanism are inherited in our custom AnySwap Clone App. So, if you are a person who is looking for an instant solution to launch an AnySwap like advanced  cross chain swapping protocol then they can make use of our AnySwap Clone Script. It is in ready to deploy state after passing the security tests. Feel free to contact our experts and get instant support for AnySwap Clone Script.

Primary features that are in our AnySwap Clone Script which is also a major feature in AnySwap exchange platforms are as mentioned below.

It allows the users to deposit any coins into the protocol and mint wrapped tokens in a decentralized way. All these are achieved via the cross-chain assets bridge.

Users can immediately swap from one coin to another. It allows users to swap from one token to another in different blockchain networks. The platform supports swapping of tokens having ECDSA or EdDSA as the signature algorithm. But it is not like UniSwap that only allows the swapping of ERC20 tokens.

Metamask and Ledger wallets are initially supported. However more hardware wallets are added to the protocol slowly. Also in addition, an API is provided to make the AnySwap protocol compatible with any wallet.

Yes! Startups or individuals who like to establish a business online can make use of this AnySwap Clone Script if they aim to start a replica of AnySwap. Instead of starting from scratch, one can get our launch ready AnySwap Clone Script that helps you to achieve goals in the short period.  It is cost-effective, easy to launch, & requires less effort. You also customize the features according to your business needs.

Here are some simple & easy to read guidelines that help you to launch AnySwap like the DeFi DEX platform.

Here is the trade volume statistics of AnySwap. Below mentioned data is collected  from Coingecko. If you would like to know furthermore in detail, kindly visit their official website.

AnySwap is a fully decentralized cross chain swapping protocol, launched on July 20th 2020. It was built on the FUSION network with DCRm technology. In AnySwap, the users can swap between any coins from any blockchain ecosystem. That is the users can swap a large number of coins on the platform without having to trade on third-party platforms that include BTC, ETH, USDT, XRP, LTC, FSN, etc.

The FUSION's innovative technology is Decentralized Control Rights Mechanism (DCRM). It is designed to enable distributed systems to integrate into any on-chain or off-chain workflow. Any blockchain network having DCRM can easily coordinate and communicate with other blockchain networks.

How Does AnySwap Work?

AnySwap DEX is launched in the "Defi Year" of 2020. They describe them as a decentralized cross chain swap protocol that is based on Fusion DCRM technology having auto pricings and liquidity systems. The popularity behind it's launch is listed below.

Benefits like the above have created a positive review from AnySwap's user point of view.

Sellbitbuy - Top class Cryptocurrency exchange development company & DeFi Development Company is obliged to offer an advanced cross chain swapping protocol like AnySwap by providing quick swapping of tokens. We offer you a ready-made source code for AnySwap, in the name of "AnySwap Clone Script". One who wants to build a cross chain swapping protocol like AnySwap, need not have to suffer by programming a code. Instead, you can grab our white-lable AnySwap Clone Script, at a cost-effective price.

Have a check on our Other Popular DeFI Exchange Clones,

Start Your Business On Blockchain Today!

Disclaimer: Sellbitbuy never promotes any third party products or services, and we are not having any control over the brand "AnySwap". We use the term "AnySwap" for easy understanding, and we don't have any tie ups with the mentioned brand. Our solutions are complete white label solutions, based on the requirements it can be customized or altered.