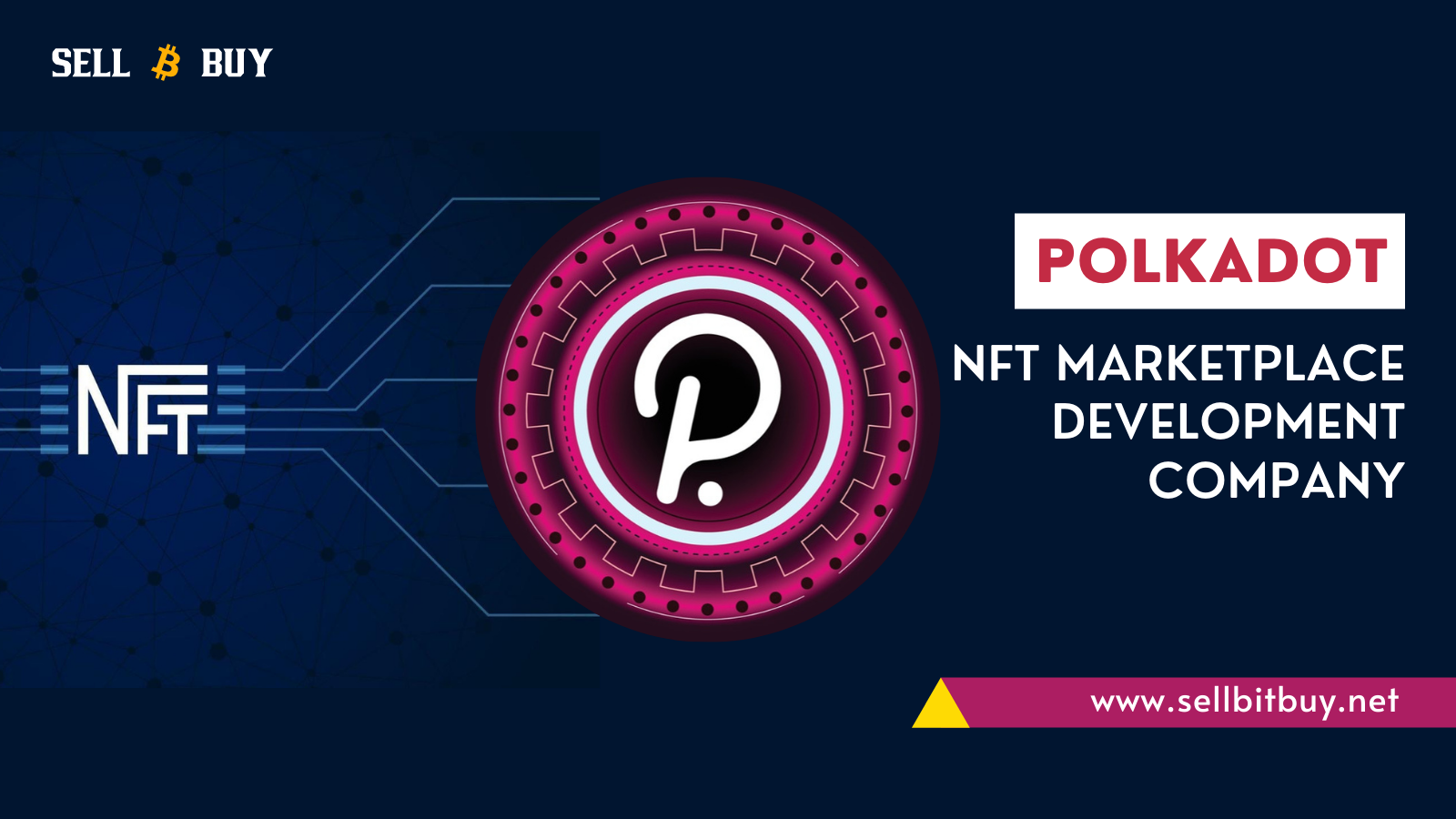 Enjin is a pioneer for integrating NFT on Polkadot through building a long-term and stable network that allows for a permissionless platform, simplified protocol baggage, cross-chain compatibility, unique incentives, and a completely decentralized platform. Enjin is working on a token called the paratoken that will enable more cross-chain capability for the NFT platform to succeed in the development. The release of new custom-made native tokens is essential to establish a stable Polkadot NFT marketplace development.

Polkadot is a protocol that enables data to transfer between blockchain systems providing an ecosystem to launch DeFi infrastructure for heterogeneous sharding, transparency, and adaption. Polkadot is a sharded multichain network that processes many transactions on different chains simultaneously, removing bottlenecks that existed in older networks that handled transactions one at a time.

Polkadot promotes scalability and establishes the appropriate circumstances for further acceptance and future growth since it employs parallel processing power. Because they run in parallel on the network, the sharded chains linked to Polkadot are known as parachains.

Polkadot provides these distinguishing traits for a frictionless DeFi transaction.

The parallel processing approach aids in the elimination of difficulties in sequential transactions. Further, this network intends to combine a nested relay of chains to boost the number of shards. An increasing number of shards allows the network to process data in parallel.

DOT holders govern the Polkadot network, where they propose and vote on ideas to upgrade protocol, and all these voting, as well as proposal creation processes, are transparent.

With the heterogenous sharding concept, Polkadot can connect several chains in a single network. The parallel segregation of data minimizes the strain on the chains, allowing them to conduct transactions more quickly and securely transmit data across them.

The shards can communicate, value, exchange, and share functionality with the external networks due to cross-chain connectivity.

Polkadot’s transparent on-chain governance mechanism governs and supports the blockchain system’s ability to upgrade itself without the need for chain forks. As a result, the Polkadot system evolves with the advancement of technology.

The blockchain's security, consensus, and cross-chain compatibility are all driven through the relay chain.

Individual layer 1 blockchains that run in parallel to the main Polkadot blockchains and have their own sovereign functions.

Bridges are used to connect parachains and para threads to external blockchains.

The combination of para chains and a pay-as-you-go mechanism results in more customizable application networks.

Non-fungible tokens marketplaces are linked with a Polkadot network to make it easier for digital content providers to get their work done by providing a platform on Polkadot. It provides a decentralized platform for digital creators to display their rare treasures. Enjin has ordered the formation of Efinity, a Polkadot NFT marketplace blockchain that is expected to provide increased scalability for individuals who join the NFT marketplace in the future. The Polkadot NFt marketplace-based blockchain platform’s requirements disclose that transactions are processed every 6 seconds. Proof of stake will be used by the platform’s developers to enable scalability of up to 1000 transactions /second. This NFT marketplace on the Polkadot blockchain is designed to serve as a side chain on the Polkadot network, addressing some of the drawbacks of this platform.

Creating NFTs on a legacy network is both cost-effective and user-friendly. Polkadot was created to address these structural flaws by providing a platform for creating a production-grade infrastructure while also making it more affordable for developers.

The main objective of Polkadot is to bridge the different gaps that exist in the blockchain industry as a whole. Presently, each blockchain operates as its own network with its own set of features and applications. Polkadot is designed to make it easier to trade-off these capabilities across numerous chains, allowing multiple coins to work together as a single network capable of a wider range of applications. The Polkadot network is meant to help you reach your goal by allowing you to perform the following:

Why Sellbitbuy For Developing Tokens In The Polkadot NFT Marketplace?

Sellbitbuy, a leading NFT Development Company on Polkadot for multiple businesses in the blockchain platform. As a leading cryptocurrency exchange development company, our innovative and professional development team will ensure that your NFT meets the Polkadot platform’s criteria by creating a stable and reliable paratoken. The product development team guarantees that you are a pioneer in the NFT market and stay competitive with the other marketplace.