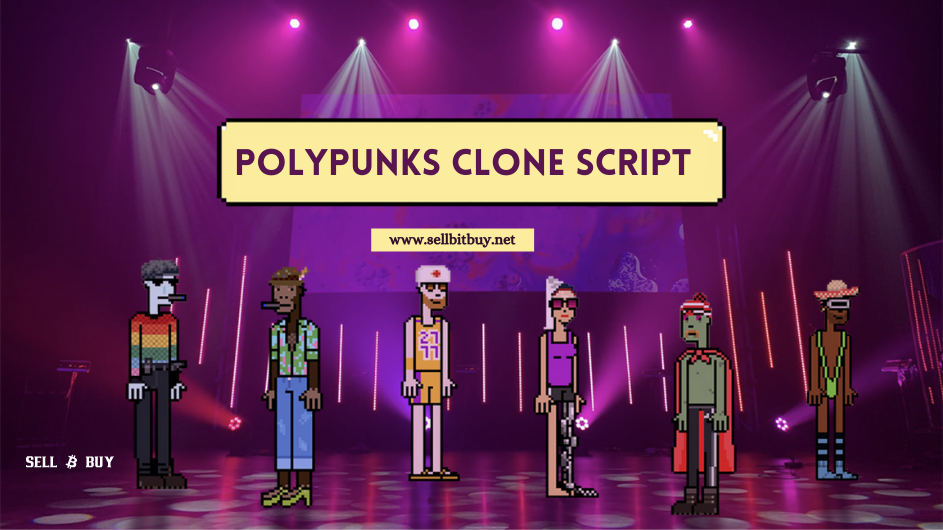 Sellbitbuy, A NFT Development Company, builds PolyPunks Clone Script to launch your own PolyPunks like NFT Collectibles instantly. PolyPunks is an emerging NFT project that encourages NFT visibility on the Polygon network.

Marketplaces
Once minting gets completed a unique marketplace gets ready for the PolyPunks. Many PolyPunks characters can be acquired, after 10,000 polypunks get’s sold.

Rarity
Rare characters of punks like zombies, aliens, & apes can be earned by everyone. It’s identity remains a mystery for all until a purchase is completed.

Random Punks
Random purchase is possible in PolyPunks, as it gives a great chance for the individuals to own more than one PolyPunks.

PolyPunks is a popular NFT Collectible stored on top of the polygon blockchain network. It has 10,000 unique characters and each of them has a unique feature. It was launched on 11th of June, and holds different punks on different chains.

Attributes in the PolyPunks NFTs are so rare and it represents rarity in NFT collectibles. It can be collected, bought, sold and presented in the form of the gift.

Many interesting factors lie in the popularity of the PolyPunks NFT collectible. Let’s see some of them.

Ever since the launch of PolyPunks, it has witnessed an explosive growth. If you are curious to build a PolyPunks like NFT Collectible then you can purchase a readymade PolyPunks Clone Script. We offer ready-made solutions at a cost-effective price, and it functions more effectively, faster than you have ever seen. To learn more about our PolyPunks Clone Script, enquire with our team.