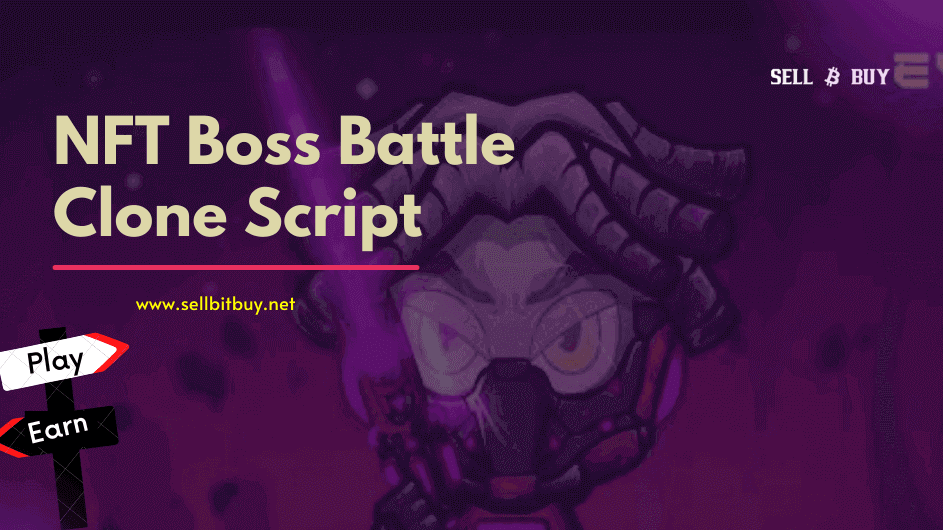 NFT Boss Battles Clone Script is a digital monster gaming clone script built to start a NFT gaming platform similar to NFT Boss Battles on top of the BSC protocol. It let’s a user to create both heroes as well as the battle boss monsters.

BSC blockchain offers extremely fast transactions at a budget-friendly price. NFT monster characters in this gaming platform are unique and it can be traded for free.

Enjoy Cooperative Gaming Experience
A player can create their own heroes and make them participate in the battle, by leveling up to the next stage. A player can team up with others to become a powerful player in the gaming field.

Only a metamask extension is required on your browser to play this game. This game can be played right in your browser instantly.

What Is NFT Boss Battles Game?

NFT Boss Battles game offers cooperative gaming experience where the NFTs can later be collected for trading heroes in the game. A german developer is behind the launch of this gaming platform as he comes forward to bring more than 20 years of gaming experience. This platform is completely decentralized and runs on top of the Binance Smart Chain (BSC) network.

In search of an instant solution to create your own NFT Boss Battle Game?

Sellbitbuy - A Blockchain Game Development Company offers a pre-coded NFT Boss Battle Clone Script that comes up with high-end features for you to start a NFT Boss Battle Gaming Platform. We are happy to assist you by offering gaming project development solutions across horizons. If you need technical assistance from our team, kindly contact us!