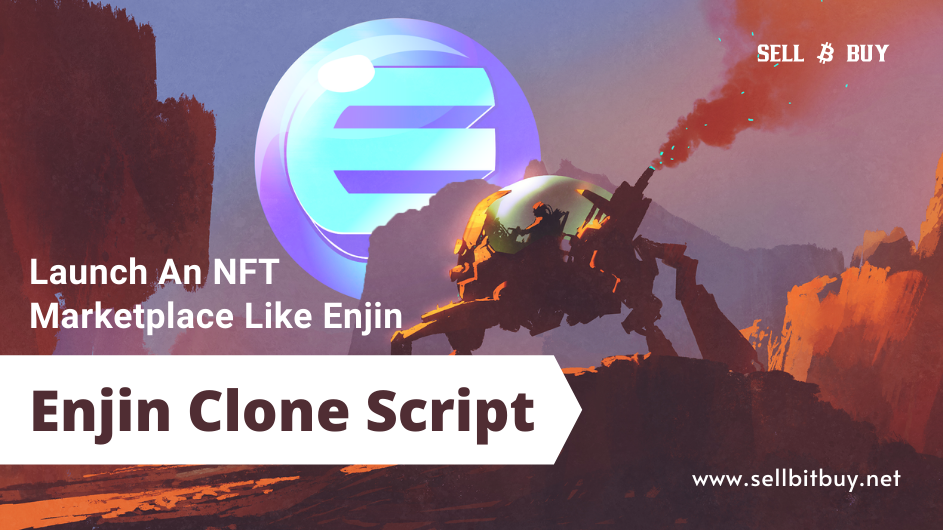 To expo the digital assets and help the entrepreneurs who wish to launch an NFT Marketplace, a customized NFT Marketplace just like Enjin is built and multi-tested here at Sellbitbuy.

Take a deep dive in the NFT marketplace with our launch ready Enjin NFT Marketplace Clone Script that is a scalable, decentralised, cross-chain network bringing in NFTs. NFTs have reached new heights in the present market. Many crypto enthusiasts have started investing in developing platforms based on NFTs after knowing the growing attention of the NFTs.

The advantages of Enjin based projects are listed below.

What Is Enjin? An Overview

Enjin is a software based on ethereum blockchain network, that allows developers to create and manage virtual goods. The main goal is to reduce the high fees and fraud that have affected the transfer of virtual in-game goods and collectibles by using blockchain technology.

In 2009, Enjin was created by Maxim Blagov and Witek Radomski as a community gaming platform. Next in 2017, Enjin launched the first coin. It was based in ICO and raised about 18.9 million dollars. They sold the ENJ tokens to build their new blockchain. Officially Enjin went live by 2018.

I believe that now you're ready to take the next step by buying Enjin Clone Script and enter the NFT market. We Sellbitbuy, a leading cryptocurrency exchange development company extends its hands to NFT and blockchain technologies.