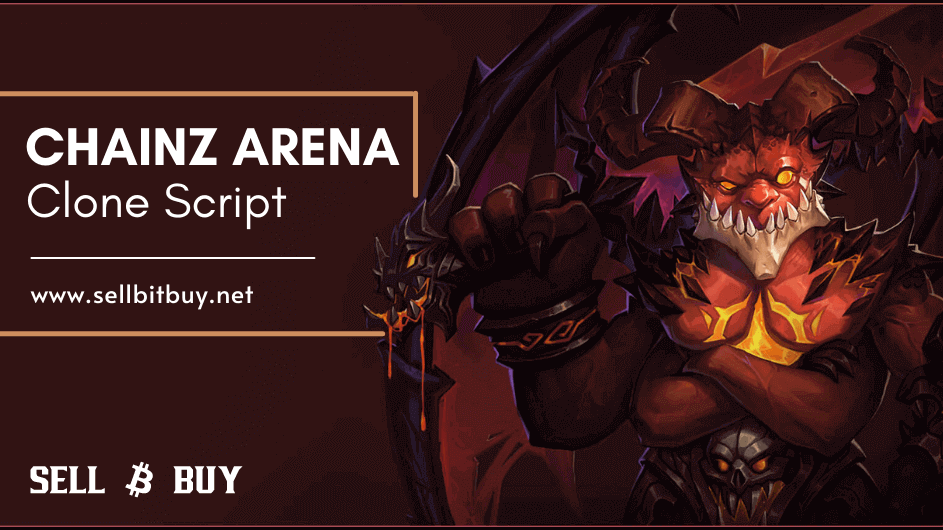 ChainZ Arena Clone Script is a cross chain Idle mining RPG - Play and Earn gaming platform. It is a blockchain gaming platform that aims to offer its players a seamless gaming experience and transparency. Our ChainZ Arena Clone Script is built with the ability to use any of the following three blockchains like TRON, ETH, EOS to maximize the gaming experience.

Sellbitbuy a leading Blockchain Game Development Company offers the best ChainZ Arena Clone Script that is designed with unique gameplay which is never seen before in blockchain games.

Town Hall: Right after the registration process, the platform takes you to the town hall where all the fun starts.

Mail: The items can be claimed with auto delete and manual delete options with this mail feature.

Leaderboard: The leaderboard is used to distribute the prizes. Important information is also displayed here.

Soul Drops: This feature is used to know the current amount of cryptocurrency in all the blockchains. Also the user can see the number of currencies they have frozen.

My Wallet: Here the winning funds from the game can be transferred. From these wallets the users can disperse the funds.

Exchange: The process of buying, trading the heroes is done here.

Summon Circle: This option is used to call the heroes for the battle.

Altar: This feature is used to control all the summoned players.

Heroes: They are used in battles. Also there are 4 types of heroes: fire, wood, water, and earth.

Battle: This is the feature to show off your heroes in the game.

Arena: Here one can challenge the other gamers in  player versus player games.

What Is ChainZ Arena?

The battle begins when the demons attack the land of ChaiZ. By purchasing the required heroes from the four types fire, wood, water, and earth and combining their powers it the players role to save the kingdom. Summon your heroes and build a strong army for the battle. Battle and fight with the demons and Boss’s in the legendary ‘Arena’ to collect the precious ‘hammer’ and ‘gold’. This will be used to gather resources and enhance equipment to the team. Go to higher levels by becoming the unstoppable team of powerful HEROES.

SOUL Tokens freezing is nothing but staking the tokens. Based on the number of  SOUL tokens staked, you will receive the everyday drops. ETH, EOS and TRX currencies will get the daily drops. This is the best way to have fun and earn at the same time!

As a market's best blockchain development company Sellbitbuy offers a state-of-the-art ChainZ Arena Clone development service. We help you to launch your mulit-player, secured and RPG gaming platform like ChainZ Arena. Having blockchain experts and game developers in the team, Sellbitbuy has outstanding knowledge in developing all kinds of complex gaming platforms to stand out from the competitors in the gaming market.