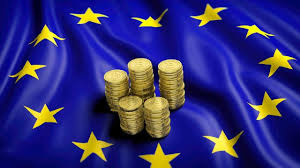 Why Everyone Excited About Bitcoin escrow Exchange?

An increasing popular reaction to the almost universal use of paper money issued by central banks and largely controlled by financial institutions is the trend toward using virtual or digital currencies for private transactions.

Among the most widely acknowledged leaders in this relatively new currency arena is Bitcoin, which was envisioned by its purported founder and programmer Satoshi Nakamoto as, “a peer to peer electronic cash system”.Peer to peer or P2P networks like Bitcoin’s operate in a distributed fashion and share tasks between equivalent participants, which together form a P2P network of individual nodes.

Nodes on such P2P networks can act as both servers and clients to other nodes, and popular examples of P2P networks include BitTorrent and Freenet. Also, the now infamous LimeWire media sharing software was a P2P client based on the decentralized Gnutella P2P network.