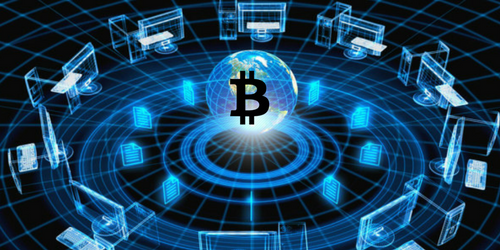 Looking for a change in your bitcoin business ?

As most of us know by now, the Bitcoin is a digital currency, a virtual currency. It is not controlled by any central governmental authority and, as such, it is not subject to any government-directed devaluation. Those who hold Bitcoins as an investment should be wary because it has experienced wide fluctuations in its value due to the market forces.

Bitcoin is a new form of crypto-currency in which encryption techniques are used to control the creation of new bitcoins and to verify transactions.“The bitcoin world is a new ecosystem where it doesn’t cost that much to start a new bitcoin business start up. So traders can start their bitcoin business with sellbitbuy.

All owners of bitcoins need a secure place to store their bitcoins. At the moment, they store them in a digital or hardware wallet that is similar to a virtual bank account. The biggest threat to digital wallets is hackers. Hackers used to break the digital wallets. And moreover, most of the governments in international countries fails in protecting the bitcoin usage.

To protect your bitcoins, as a traders you can use cold wallets. These are hardware wallets that aren’t connected to the internet, which keeps them away from hackers.
In case if bitcoins has stolen, owners have no way of getting back their bitcoins. There is no remedy against the hackers.

Online security for digital wallets will probably be extremely important for bitcoins in future. Many bitcoin exchange script does not support offline trading. But offline trading is one of the best ways to do secure bitcoin trades.

Exclusively sellbitbuy supports both online & offline trading. It also provides an escrow platform to secure bitcoins at the time of bitcoin exchange.

Bitcoin and its future Wave

Bitcoin will surely make a revolution among other cryptocurrencies. So traders can invest in bitcoins or start their own exchange website with sellbitbuy. Sellbitbuy is a user-friendly script and it can be customized according to traders needs.Additionally, sellbiybuy provides an escrow application so that traders can perform their transaction in a secured mode.

Traders! Feel Free To Ask A Free Demo to clarify your doubts about the advanced features of our script