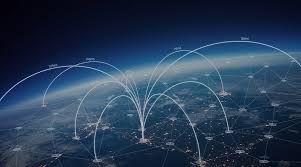 Imagine you were an equity trader and used a Stock Exchange to trade between equities and cash and back. What

would happen if they unexpectedly filed for bankruptcy? How much money would you stand to lose? The answer is

zero. You would lose nothing. Your equities would be safe at your custodian bank and your cash would be wherever

However, if you were a Bitcoin trader and your Bitcoin exchange went bankrupt, you could have lost everything – as users of Mt.Gox discovered to their cost last week.

How can this be? Isn’t Bitcoin supposed to be the ultimate decentralized financial system? Well, yes… the Bitcoin

network is decentralized but many of the major players are not. And, worse, exchanges like Mt.Gox acted as more

than just exchanges: they are also the Bitcoin custodian, clearing house and bank.

The diagram below shows the problem. From the time a buyer deposits cash or a seller deposits Bitcoins, they are

utterly dependent on the solvency of that exchange until they withdraw their funds at some later date. You have

counterparty exposure to the exchange for all this time.